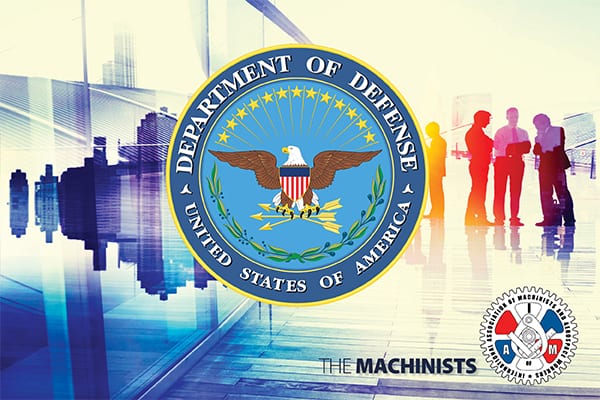 “President Trump’s goal to take away union representation has been coming since the day he took office,” said Martinez. “His attack on workers that include the longest federal shutdown in history and the signing of Executive Orders are an assault that will eventually carry over to the private sector. Using the coverage of ‘National Security’ insults workers who have given their lives working for the DOD.”

The Department of Defense employs 324,253 veterans, which is about 48 percent of the total civilian workforce, according to the U.S. Office of Personnel Management (OPM). Many of those workers are represented by the IAM and other labor unions.